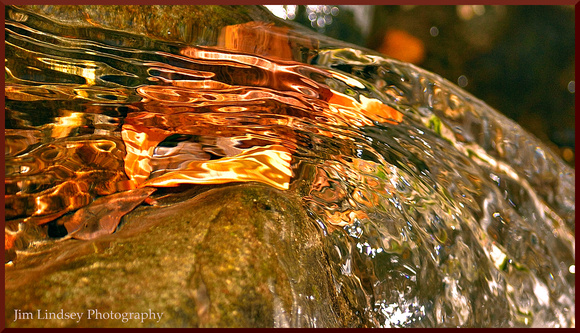 It was as rude an awakening as I've ever had. In fact it wasn't like waking at all. I might have been a flat stone skipping from one nightmare into another. Not that I haven't had that first bad dream before. I have. Over and over. I'm back at the mortuary making up the corpse of my drowned husband Sam so he's presentable for an open casket viewing. And as in real life, out of a sudden rage at all the stupid things he'd done including leaving me and kidnapping Noah and sailing drunk at night and falling overboard, I made him up as a clown. Of course in real life I came to my senses and changed that. But in the dream, with his clown face still on, he opens his eyes and starts laughing like a maniac at me and then he grabs me and pulls me to him and starts kissing me and the taste of his mouth is all rotten.

Now, as I said, I've had that dream before. So many times I'm almost used to it. The real rudeness of this particular awakening was in how I woke up and in what I woke up to. I must have been snoring again and therefore breathing with an open mouth and that was how the ant got in that bit me on the tongue and then got bit itself when I reacted by clenching my teeth. And let me say I don't know how there's such a thing as chocolate-covered ants, because who would ever eat more than one no matter how sweet a coating you tried to hide it in? The taste was that horrible I woke up gagging and spitting and instantly certain I was at death's door. And then there was no bedside lamp and a dreadful flapping was going on and thunder and lightning and heavy rain and altogether I was so astonished that minutes must have passed before I remembered I was in a tent at a meditation retreat and found my flashlight and discovered the ants in my bed.

I've seen dogs scared of thunder but not Sir Barksalot. He was all tucked up with Noah on the cot and it might as well have been meditation music for all the two of them minded. I guess having run wild a while before we took him in, Barkie isn't so much a prey to loud noises as a housedog from birth. God love him.

So today it was a nature walk instead of meditating in the big tent. Carefree Wanderer, which is the English translation of his Tibetan name, led us alongside a stream and then had us get into the stream, clothes and all. Strangely, no one minded, not even me (though in my mind I did see Mama Bertie lift an eyebrow). Daddy Mac and Noah and Cousin Minnie laughed and plunged in right behind Sir Barksalot, who went in chasing the stick that the teacher had thrown.

There we were then, moms and dads, children of all ages, grandparents, single folk in the prime of their ripeness, a couple of dozen of us, all lying prone in the stream like fish, when a young shapely redhead who hadn't gone in yet said she didn't want to get her clothes wet. "Well, then," said the teacher, in a soft voice with a sweet smile, "take them off."

Mama Bertie's eyebrows both shot up then, so to speak, as the redhead and then almost everyone else began flinging off their clothing right and left. Now we were really like fish. Except for myself, of course, and Mr. Wanderer.

"Excuse me," I said, catching his eye. "I find this very confusing. I came here to meditate, not to participate in some nudist baptism. What's going on? What does this have to do with anything? And why haven't you disrobed?"

"It was just an idea," said Mr. Wanderer. "Are you really seeing anything you haven't seen before? Anything to be afraid of? Well, and as for the confusion, that is what we're here for. Look closely, there where the water pours over the rocks. That is a confusion, isn't it? The rocks, the leaves, whatever's on the bottom can't be quite made out. Yet the confusion is clear, so crystal clear it's delightful. Isn't it? Isn't it?"

Everyone admitted, at various volumes or only with nods of their heads, as we shook and we shivered because the season is fall and the water not warm, that it was. The photographer with us, who had also stripped but not gone in, took a close-up of the miniature waterfall.

"Très bon," said Mr. Wanderer. "Nga kayrâng-la gawpo yö. I love you all. You are eye to eye now with your confusion. Please enjoy it for a while. Tonight, back at the big tent, we will meet again for meditation practice. Please dress warmly, and don't forget to bring your broken hearts."

I don't pretend to understand what that was all about. But tonight I am making this entry, by flashlight, after again having awakened from that dream of my dead husband made up as a clown and coming back to life to kiss me. And I must say that this time I woke up not in any sort of panic but instead calmly, with a certain bemused satisfaction. Because the last thing in the dream was not his rotten breath. It was me telling him I thought perhaps he ought to brush his teeth.