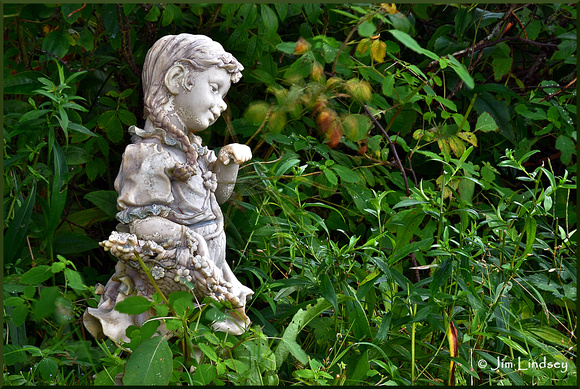 Cousin Minnie had gotten a diary.

She thought of all those years when she didn't have one, when she couldn't be bothered, even during the years of her marriage when her husband had been in demand as an actor and she had been on the inside in Hollywood, those years that had seemed so unbelievably wild and exciting and memorable for a girl from a quiet village in Nova Scotia.

"Because I didn't know what was what," she wrote as the beginning of her first entry, "I thought I had conquered the world. Not just a handsome, wealthy, famous man but the whole world. And it turned out to be such an illusion. I'm glad I didn't have a diary. Who would want to remember that hellhole of heartbreak? Who would want to go back and rub their nose in that over and over?"

Two things had changed her mind so that she had a diary now. One, she had seen Big Bertha writing in her own and had asked her about it. Why didn't she just use a computer? And anyway, what was the point? Why not just live in the moment? Her yoga teacher in Santa Monica had said about memories that to live there instead of the present was to live in a tar pit. You might be preserved but you couldn't go anywhere. So she had tried to forget everything. She had made quite a point of it.

"And did it work?" Big Bertha had replied, letting out a knowing look over her half-glasses. "You didn't seem so carefree when you got here. Sure you had just lost your house in the fire, but it was more than that, wasn't it?"

Of course Bertie was right because they were not from a book, the memories that brought her awake with a gasp in the wee hours in a cold sweat. That kind of memories you didn't have to record because you couldn't forget them. And it also seemed sensible when Bertie pointed out that with a diary you could offload those memories and take them apart piece by piece so their machine wouldn't run and they couldn't affect you anymore. Further, she liked Bertie's idea that a pen or a pencil was more like an extension of the heart, that penmanship could be a slow dance with your heart, close and personal.

The second thing that changed her mind was love. Real love.

"They accommodate everything, Mac and Bertie. The daughter comes home with her child, they make room. The child falls for a wild dog, they tame the dog and take it in. The cousin comes back with her life gone up in smoke, they make space for her. They're starting construction next week on the new rooms, and they had no idea I would offer to pay for the costs. They just said that they knew that the money would come from somewhere.

"As if they don't have concerns of their own. Little Mac got his memory back, but now it seems it wants to go away again, just like a cat that can't decide if it wants to stay inside or outside of a house. And Bertie's having problems with her knees from all that weight, and with her eyes from all those years of sewing. And Noah's father's a loose cannon. Leaves him and his mother then comes back and steals him then gives him back again. Comes around to tell Delilah he still loves her, sometimes drunk and sometimes not but always even though she's asked him not to till he gets the help that he's too proud to ask for. Mercy.

"They have transformed my attitude. Their hearts are full of love and courage even when their eyes are full of tears. If Mr. Hollywood had left me a million more dollars, I would still put it all into this family.

"Okay, I'm new to this and won't go on too long so I don't start to babble. But I want to end this first entry with what just happened yesterday. I was shadowing Mac on one of his wanderings around the village. Because Bertie worries. And there's an abandoned old bed and breakfast out there at the end of the road, overlooking the sea. And Mac was sitting in the garden there. And it was all overgrown and there was a breeze coming in off the water just barely shaking the leaves. And Mac was talking to the statue of a little girl there. He was telling her she would be fine. There was no need to worry. She might have been left behind, but he knew where she was and he would come and see her and the spell would be broken and she would come alive again. He was holding her hand while he said that and I swear the hand seemed to turn pink.

"I left him unattended when he wandered off again. I had to stay there with that little girl a while. Because he might have been talking to me. And here I am alive again."