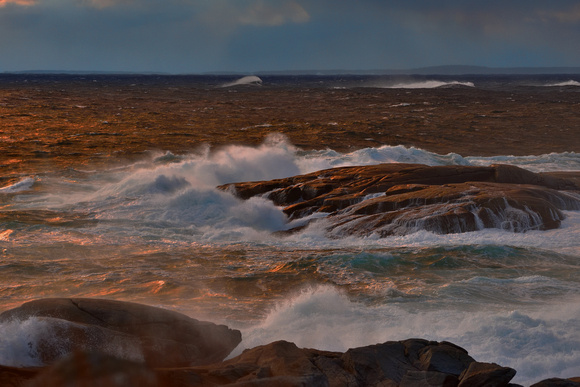 Little Mac said he was fine with staying in and watching movies and drinking wine and letting his muscles atrophy. Big Bertha said that was fine with her too only he could do it by himself. So though it was nearly sundown they both set off for the High Head. Big Bertha told Little Mac just snuggle up a little closer when he complained that it was cold there even in the cleft in the rocks that kept off the wind. She said there was plenty of her to press into and so do it. He did it but the spray still swept over them and that made him think they were too close to the ocean which was wilder than usual. But his fear fell away and his ultimate belief in her was justified when the sun broke through the clouds at the horizon and turned everything they saw to gold, gold, gold.