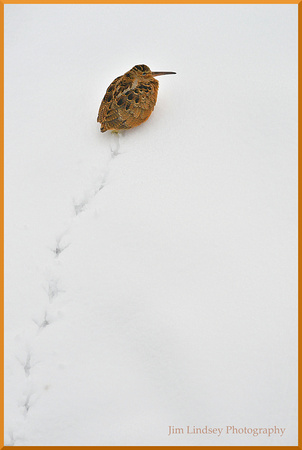 Mac the Knife
It was one big open room with a woodstove in the middle, so Big Bertha at her sewing machine could see Little Mac dancing as he cooked the chili that was to be their evening meal, and they could both hear the jazz that was streaming from Little Mac's laptop on the kitchen counter.
"I swear to goodness," said Big Bertha. "That fellow Lazarus, he wasn't a spot on you. Yesterday I couldn't even get you out of bed, and here you are cuttin' a rug while you work."
"It's the music, Bertie," said Little Mac. "It's got my name in it. And the tune, why, I can't help but move to it. Do you reckon these folks ever come to Nova Scotia? I would love to go and hear 'em live."
"The song is Mac the Knife, my love," said Bertha. "And that is Louis Armstrong and his orchestra that's playing it. I'm pretty sure they're not around anymore. I think it's been like fifty years since Mr. Armstrong moved along."
"Well, perhaps we can get a recording," said Mac. "I just love it. Especially the first words." He sang out over the recording, "'Oh, the shark, babe, has such teeth, dear, and it shows them pearly white..." He did a slow twirl in the course of which he snatched up the cayenne can and tapped it twice over the steaming pot of chili.
"Now you be careful," said Bertha. "I can't eat stuff as hot as you like it."
"I know," said Little Mac. "I know." He stopped dancing. "Goldurn it, I do know. So what made me do that?"
"It's okay, hon. I'm pretty sure you hadn't even got started on how you'd make it if you could. You go back to enjoyin' yourself. You're light on your feet for an older model, and it makes me smile to see you."
"Yes," said Little Mac. "That much I get. Well we'll get that recording and I'll dance to it for you as much as you like."
***
She was back on the phone with her daughter. While she listened, she drank gulps of cold water and tossed salt from her palm to her mouth to stem the burning from their dinner.
"He don't remember, darlin', and for once it's better if he don't. There's no one even knows. Not anymore. No one but me. Mac the Knife, that's what they called him in the army. 'Cause he was mortal good with a blade. To be sure, it was only the enemy. But Mac, once he was out, he didn't see it that way anymore. He wouldn't let you call him that, not if it was ever so, not if you served with him, not if you was his sweetheart. No ma'am, and if that song was the one that you danced to when you fell in love, that didn't matter either. He'd not allow no one to play it anymore. Because, honey, Mac the Knife, that song's about a killer, a hit man. Just listen to the words. Really listen, and don't let yourself get all carried away by nostalgia for any good ol' days. It's about someone whose job was takin' other people's lives away. Someone so good at it that they give him a nickname."
She poured another glass of water from the pitcher and drank the whole glass down, punctuated several times with more salt, before she found a toehold again in the conversation with her daughter, which always threatened to be a monologue on her daughter's part. "Honey, whatever you think of your father, he is a magnificent man. And he don't deserve to pay no more than what he has already. I'll not remind him who he was or what he did while he was over there. If there is a reckonin', let it come when it comes. I'm his wife, not his judge. I love him more than life, no matter what he's done. He'll not suffer again for this on my account. Not even for as long as it takes him to forget it again. Not no way, not no how. And that goes for you too. You understand? You sure? It would break my heart to bar my door to you. It would."
Her mouth would not stop burning. Lord the heat that man could stand. After a final hour of her daughter remonstrating with her, all to no avail, she got out of bed and went downstairs and emptied the rest of the chili into the compost bin. She thought of putting it out in the snow for the critters, but decided that would be cruel. She remembered a winter so extreme that the woodcocks had come out of the woods and all the way down to the village to their door, the wild woodcocks, and Mac had been so careful to discover what it was they could eat, what it was that they liked.
Woodcocks like worms, it turned out, not grapes or apples or anything else your normal human being might just happen to have on hand. And they were starving woodcocks. So Little Mac had gone to the bait store, in the middle of a whiteout, to get what they needed.
Having no doubt in her mind was what allowed Big Bertha to get what little sleep she did. So when she went back up to bed and nestled up against her softly snoring husband, and although she was still licking her lips and feeling like a bonfire, it was not long before a certain harmony of snoring could be heard, had there been anyone there to hear it.
18 January 2018
Texas Jim
Prospect, Nova Scotia
www.granitecoast.ca
Category:Animals
Subcategory:Birds
Subcategory Detail:
Keywords:alone, canada, hungry, nova, precious, prospect, scotia, snow, timberdoodle, tracks, woodcock
Jim Lindsey