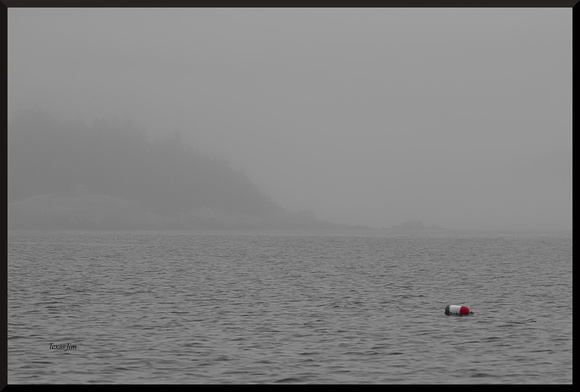 When the Fog Sneaks In and You Are Not On Land

I was out among the islands, taking my time, when I noticed a change in the sky. The fog was coming in. I speeded up. It's an electric motor so that means I went from two knots to about four. At first I thought I had plenty of time. Then as I came out in the open, I saw the far islands disappear, and then the channel marker, and then the village itself begin to become obscured in the distance. So I gunned it ... and began to make about six knots. In this case I was not in danger. I had land close enough to reference my position even though I couldn't see very well. Soon I was home. But I've been lost out there before, and it got me to thinking about how things can be going well and understandably in our lives and suddenly dissolve into total confusion. Which is a good reason for meditation. Because in meditation you learn how to stay in touch with the luminous guiding awareness that will always lead you home. So, I thanked my lucky stars (which I could not have seen any more than I could see the sun) and was in the house shutting the door at the very moment when the thunderstorm broke and the rain began hammering down.