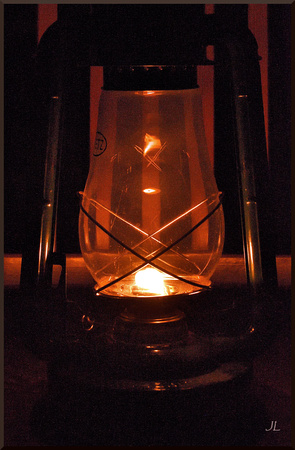 The Loss and Resurrection of the Serendipity

It was still dark and Little Mac and Big Bertha were still in bed when they heard a knocking.

"It's probably the roof cap," Big Bertha said. "It's come loose again. I hate that thing."

Little Mac, wide awake in an instant, in the dimness saw his wife put her pillow over her head. He knew the roof cap was not the culprit. Even if it had come loose it only knocked in a big wind and the big wind had blown itself out in the night. He also knew Bertha was irritable because she wasn't feeling well or sleeping well.

He got up and in his houserobe went down to the door and there was Gillie O'Toole in his watchcap and float coat and rubber boots.

"Why Gillie," he said, "what a surprise. Well, here you are. First time ever, I think. And it so early and me without any tea on. Well, come on, come on in anyway. It's freezing out here. What can I do for you?"

Gillie was older than Mac, a good ten years older. Like Mac, Gillie was often out fishing. Unlike Mac, for Gillie it was his work. And he was still working. At seventy-five he still went out in all weathers. He had a Cape Islander named Serendipity and a dock loaded with lobster traps just down the lane. He sold to the markets. Little Mac had immense respect for Gillie O'Toole and was actually very happy, so early or not, to have a chance to be of service to the man.

"Well," Gillie said slowly, contemplating the offer, leaving his flashlight switched on, "I guess I won't come in. Thank you, though. What it is, I need a boat. A little dinghy like yours. What I'm saying, may I borrow your boat for a while?"

"Of course you can," said Little Mac. He deliberated, wondering why an old salt like Gillie would need his little toy of a boat but in the end deciding that asking would be impolite. "Of course you can. Here, let me throw on some clothes. She's in the boathouse. I'll come help you get her out."

Not wanting to wake Bertie, he went down in the basement where the washing machine was and dressed himself hurriedly from the dirty laundry.

As they walked to the boathouse with just enough dawn in the sky that he could pocket his flashlight, Gillie said, "What it is, you see, Serendipity sunk at the dock in the night. Scuppers froze. She's sittin' down on the bottom. I need your boat so I can get a better look at how she's lyin'."

Gillie O'Toole chuckled. "Yeah. She's sunk, all right. You think it's odd to see me at your door. Well, I never started a day with Serendipity underwater before."

"Well...I'll be," said Little Mac, not knowing what else to say.

Big Bertha had a favorite chair, a rocking chair, that was much repaired, for her great love of it meant it often suffered her great weight. The various inexpert refastenings Little Mac had made with glue and screws had kept the chair somewhat together but also caused it to creak in unique and peculiar and voluble ways when Big Bertha rocked. And yet she loved the creaking too because it was the work of Little Mac.

Usually she loved it. This morning she did not. This morning she was exceedingly irritable. Not only had she not slept well, again, but the only dream she had managed, and it a very soothing one in which she had been young and slim again and in fact winning a foot race with the fleet Nora Jones, had been interrupted by Gillie Christian's rap-rap-rapping at their door.

Also her sewing was not going well. With no power, she was having to do it by hand, and the light of the kerosene lamp was not enough for her tired eyes. Finally, after pricking her finger for the third time, she resorted to her version of cursing. "Oh, Flibbertigibbet!" she cried out. And then she dropped her sewing in her lap and clapped her hand over her mouth, amazed at her indiscretion. But she was overflowing with irritation and could not stop herself. "Flibbertigibbet, folderol and five-day-old fish heads!" she burst out again.

To Little Mac she said, "So then what? What happened then? Have you nodded off? Are you abandoning your precious tale?"

Little Mac had indeed nodded off. The warmth of the woodstove and the softness of the settee had lulled him and he had stopped his narration in mid-sentence. He woke with a start.

"Serendipity had sunk at the dock and you had lent Gillie Christian your dinghy. For goodness sake, go wash your face with cold water."

On his way to the sink, Little Mac remembered the storm had knocked their power out and so the pump would not be working. He altered course for the bucket of seawater he had brought in for flushing the toilet.

"Well then...well then..." He went back to the kitchen and pulled on the tea cozy that served as his thinking cap. "Ah, that's better. Well, you see, Bertie, the rescue was something, but the people that effected it, why, they was something else again. It was them that was truly remarkable. It was Gillie never complaining or even seeming down at the mouth. And Captain Pat bringing his own boat around to help and staying there all day just because it was the right thing to do.

"They had complete patience, Bertie, and equanimity. And none of it was easy, oh no. Getting lines down to Serendipity using boathooks, hauling her up with Captain Pat's lobster trap hauler just enough so he could tow her into the cove where it was shallow and at low tide they could pump her out. And it never above ten below all day. And, and...now here's the thing, Bertie, they let me help. And they had confidence that I could help. Because we live here and I come and go from here and I know the rocks. And Serendipity, well, she was only inches above the bottom, and if she had hit one of those rocks, well, that would have been it. So I guided Captain Pat in. I stood right beside him and guided him in.

He pulled the tea cozy down tighter.

Beholding the determined face of her diminutive husband, Bertha felt her irritation being sluiced away. What was left was only gold. And her husband was part of it. Her helpful shrimp in his hilarious thinking cap.

She picked her sewing back up and, squinting, began again. "Well, that's all right, hon," she said. "It is. Now would you add another log, please? And put on clean clothes. I can't believe you dressed yourself in dirty laundry. And get my tea off the stove. It ought to be warm now. And add some brandy and don't be stingy. We can afford it. We're as rich as anyone I know."