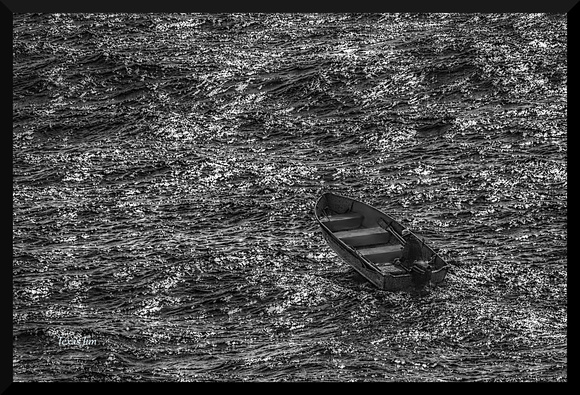 Fishermen as a "breed" have all but disappeared from the village. The strength, the know-how, the equanimity, mostly gone with the fish that have mostly gone. But now and again an appearance is made. I won't name the fellow because I don't know if he would want it, but he is a young man and he was out today in his late father's aluminum skiff in a pretty rough sea. Not for an emergency or anything but just because he wanted to get to his favorite spot for catching pollock. I was up on the High Head holding onto my hat to keep it from blowing off. I couldn't believe my eyes. There was a good sailor standing next to me on the trail who was just as impressed. I have a feeling it was no big deal to our friend in the skiff. I didn't have the best lens for getting the picture, but I got this. Even looking at it now I still feel a wonder I haven't felt for a while. The wooden ships may have left the scene, but there are still iron men.