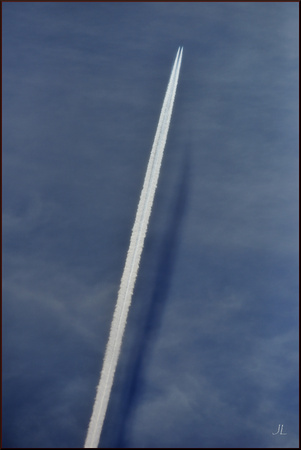 She took him out of the hospital in the capitol, out of their village on the coast, and then out of winter altogether.

"Cuba," said Little Mac, as she wheeled him away from the plane and over the simmering tarmac. "Who woulda thunk it? I'm sweating already. What a great idea!"

"Oh, it is, it is!" said Little Mac. "The only ice will be what's in our drinks. We shoulda done this before. I wonder what took us so long."

"It's a mystery to me too, Mr. Rockefeller."

In his excitement, Little Mac started taking pictures all around him with his phone. He snapped the thunderclouds crowning the terminal, he had Big Bertha turn the wheelchair sideways for a moment so he could snap the ancient prop plane that had brought them in, he snapped a huddle of fighter jets, and he asked the uniformed security guard who quickly approached them to smile for his portrait.

The man delivered a perfunctory smile before confiscating Mac's phone and deleting the pictures he had just taken. "No peectures here," he said as he handed the phone back. "Joo wait. Outside airport good. Hokay?"

Little Mac frowned but nodded in acquiescence. As soon as the guard turned his back, however, Mac swung the phone back into play. This time it was Bertha who confiscated the device.

"You better be careful," complained Little Mac. "You're messing with Mr. Rockefeller."

The hotel was old but the service was excellent, beyond what the couple, ever of modest means, had known. At the long table at dinner, the tablecloth was gleaming white and spotless, the silver was really silver and had a finely polished sheen under the light of the chandeliers, and each chair had a waiter. The lift of a finger brought immediate and exceedingly polite service.

"Truly, truly," Little Mac confided. "Ask and thou shalt receive. What a find!"

"I did a lot of looking, hon," said Big Bertha, "to find something we could afford. I never imagined it would turn out this well."

From the powerful coffee to the lobster that was already shelled and exotically spicy to the custard topped with a crackly veneer of transparent caramel to the coconut milk and rum served in the coconut and drunk through a straw, the meal delighted them both. Mac became as charming in his conversation as he had been when they were courting, certainly more so than since he began losing his memory. It bothered Bertha that he omitted her name from his repartee. Usually it was Bertie this and Bertie that. But she played that down in her mind and forgot it altogether when they danced later on to the jazz band in the lounge.

Their tour was an elderly bunch. They were the only ones to give in and get up when the band asked for dancers from the meager crowd. It was Mac who pulled Big Bertha to her feet, and she was so glad he did, so glad to be near him like this again, moving together to music. She forgot everything and simply swam in her good feeling as if it were the home pool of the gods.

With the polite and gentle help of three other guides, their guide finally got Bertha comfortably situated in the flat-bottomed skiff and they headed out to the spot in the labyrinth of the mangrove swamp where the guide thought they would have the best chance of catching one of the enormous largemouth bass the place was known for.

As they buzzed among the enclosures of web-footed trees, Little Mac said, "The piano player, he was the band leader. He really liked us. He liked it that we danced, and he liked it that we two far northerners dig salsa. He said he wanted to do something special for us."

"You stayed long enough talking to him. I fell asleep twice waiting for you to come to bed."

"Well, I did get a little lost on the way back to the room."

"I figured you might. But you know, overall you have done so well. I think bringing you here was the right decision, no matter what it costs. That specialist, she said, 'Completely out of what he knows, that's where you have to take him. That and only that will bring him back to what he knows.' And there at first I thought she was a fraud."

"You always do the right thing, Mrs. Rockefeller," said her husband.

"Don't call me that," said Big Bertha. "It isn't funny anymore. Call me Bertie like you always do."

"All right, Bertie," said Little Mac. But he looked confused. For a moment it was there in his eyes, that confusion, and she could not help but wonder why.

Pleasure saved her once again from her misgivings. The guide cut the motor and there they were in a circle of water so glassily calm that it might have been a pane in a window to Heaven. And with her first cast among the elevated mangrove roots she was fast to a fish and a fierce one. And she savored supremely the surprise on the guide's face as he distentangled her catch from his landing net.

"I fish like a woman that knows how to fish and enjoys it," she replied.

And so it went for the next hour till she had reeled in a dozen, one of which the guide swore would surely and without a doubt capture the tour prize. Little Mac had caught nothing and in fact had lost two of his lures hanging them up in the mangroves. But she could tell it didn't bother him. He was happy, as always, to see her succeed. He laughed with every one she landed, and once was so carried away that he started to clap. The guide quickly shushed him, laying a finger to his lips and pointing at the water.

"Scares the fish," said the guide. "First you catch one. You, not her. Then time to clap."

Then the miraculous happened. Another skiff came chugging into their enclosure. The guide had said that a 'bar boat' would come, completely stocked with drinks and snacks. What he could not have guessed, and would not have allowed had he known, was that the bar boat would be carrying the jazz band from the hotel and that on spying Little Mac the four musicians would break into a spirited rendition of Guantanemera complete with hand drums, acoustic guitar, saxophone and an upright bass that the bassist was actually playing standing up in the overloaded boat.

Shocked, at first the swarthy guide paled and went silent, but as the last chord died away he commenced an angry tirade whose gist was that the band should get lost and never ever be found because how could his generous benefactors catch a trophy when every fish for miles around would now be heading the other way? Coño!

No sooner had he finished off with the expletive than a distracted Little Mac was very nearly jerked from the boat by a bass even bigger than Bertha's contender.

With the monster secured and put away, Big Bertha watched as her husband in his khaki shorts and Che Guevara tee shirt and straw hat from the hotel store arose and took three bows, first to the jazz band in the still lingering bar boat, then to their guide, then to her, after which he sat down and hugged her and kissed her with a passion and still holding her hands and visibly trembling declared to her, "Oh thank you, Mrs. Rockefeller! Thank you so much! This is the happiest day of my life!"

"Is it now?" said Big Bertha, smiling broadly. "Is it truly? That's what you said on the day we were married. Except you called me Bertie then, like you should you bad boy."

This time his look of confusion was so brief that later she was able to convince herself she had only imagined it.

It took some persuading though.