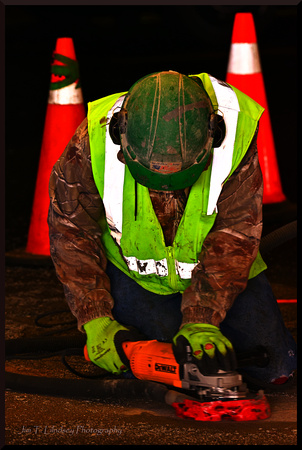 They went to see a man named Deuteronomy.

"Alison," he said, waving his cigar in her direction like a guarantee, "it is a pleasure to see you. Thirty years is a long time. But I thought we were done. Woman like you says she'll kill you if you ever cross her path again, man like me believes her. So, what can I possibly do for you? You name it, it's yours."

"I still don't like you, Deut," said Alison. She sat primly with her little red patent leather purse in her lap and one wrinkled hand on each side and fixed a withering look on the lawyer behind his desk that made him remember even more acutely the rage she had been in so long ago. "And if it was for me, there would be nothing you can do. But it isn't for me. It's for my nephew, Arthur, who's sitting out there in your waiting room."

"What's he doing out there? Why don't you bring him on in?"

"Because, for one thing, he can't stand to hear his name. You have to call him Sonny Boy or he'll flat ignore you."

"I'll call him whatever you want."

"And for another, he can't remember what he did. And if you try to tell him, he will leave."

"You want me to defend him."

"No. It was ruled an accident. They judged that his daddy, who was my son-in-law, slipped and cracked his head on the rail in a rough sea. But the truth is his daddy was beating him and when his daddy turned his back he hit him with a lobster trap. The family all knows. But nobody forgives him. His brothers and cousins, who own the boat now, let him live in a shed back of their place and keep working for them but they treated him bad and he ran off and showed up at my door. And I hadn't forgiven him either but now I'm in a mood to. Who knows? I might forgive you too."

"You might? Really? You had better watch out, because I'm single again."

"Uh huh. Well, you had better watch your step. You might slip and hit your own head. You might get what you want. We're old now but I'm not tired."

"I want you to get him a job. He won't go back to work on that boat, and I think he should change things around altogether. It might help him heal. The thing is, he hasn't done much but fish. But he's smart and he's tough. Smarter than his daddy and maybe tougher too, though not a hard man like his daddy was. And it needs to be something he can do all alone. He doesn't need to be answering lots of questions right now."

"Can he come into the city?"

"Deut, I don't want your promises. I listened to all that before."

"Give me a day. We'll find something for Arthur. There's probably a favor or two I can find to call in. Now, bring him in. We need to meet."

One week later, Sonny Boy suited up as a concrete cutter. He took to the work quickly and in another week was out unsupervised. His Aunt Alison sent a photographer. She framed the picture and he put it on his dresser. He loved the vivid colours of his gear. He felt a darkness lifting. One day at breakfast he brought in the framed picture and put it down by his plate. "There," he said. "I'm a new man. It's a new day. Thank you. I don't know why you're so nice to me."

"Who knows?" said his aunt as she served him his pancakes. "We might be long lost relatives. Anyway, you're welcome. Would you like a new name too?"