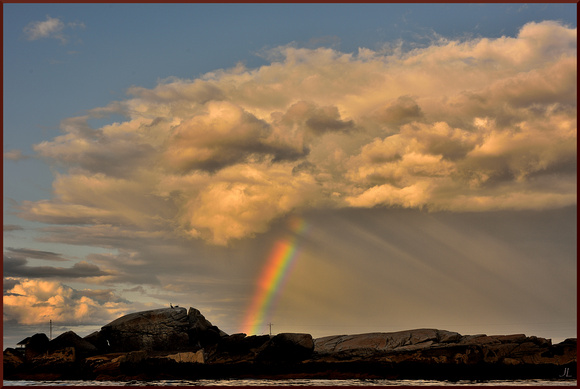 There was no rain, only a richness of clouds. There had been no rain, and yet there was a rainbow. There had been no burden, and yet there was relief. Witnessing this, one could only breathe deep and imagine inhaling all the dark clouds of disaster from down south and exhaling this richness in their stead. There were no words of prayer, only this imagined exchange. There was no evidence that it changed anything, only a tenderness of feeling, as if the rains one had imagined taking into oneself had made a hard rock soft so that something might grow there, so that something might thrive.