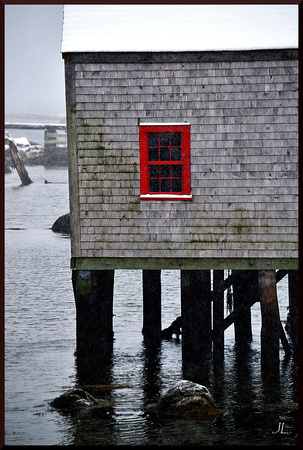 Big Bertha and her foot pedal. Pressing and releasing. The needle diving and diving and the thread being entered through and through. This was her meditation. When she just sewed, when her one concern was how two pieces of material were being joined, there was no complexity of her current situation to bewilder or intimidate her.

Her life with Little Mac had a few seconds left on the clock. No matter who went first, one of them was likely to soon. And the one who remained would have a love with no one there to anchor it. Of course the survivor would drift. Drift and drift, until the ocean was all there was. Until even the idea of the land was vague and likely to be dismissed by the next thought.

Most of her life was in her sewing room. Sleep you could say had taken more, but she didn't count that. Unless you figured in the times of love with Little Mac, which were less and less. However, as it turned out, the times of love and the size of love had no relationship.