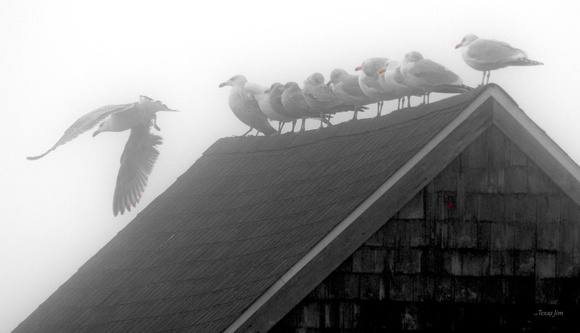 Sir Barksalot's Early Retirement
Sir Barksalot had never taken much time off from what his name indicated was his main occupation. Since he had first come to the house, not a day had gone by without one or several demonstrations of his capability in this respect. He had frightened away wildlife by the flock and herd, infuriated humans both familiar and strange, and thoroughly endeared himself perhaps only to his constant companion Noah, because Noah was a boy who loved his dog as unconditionally as Sir Barksalot loved him.
Nevertheless, Noah had made a friend who was a young boy like himself. It was his first such friend, most of his life having been spent with grown-ups like his grandparents Little Mac and Big Bertha or his mother Delilah, the seaside village where they lived having suffered a dearth of children as the fishermen aged and their offspring opted for the metropolitan attractions of nearby Halifax. And this new friend, who styled himself the king of Moon Island, had named Noah the admiral of Moon Island, and they were spending a lot of time planning military campaigns, and since the king was no great thinker and in fact could only plan in complete silence, Barkie had been banned from their meetings.
Current developments had also deprived him of his alternative people. Delilah was busy with her sewing and Cousin Minnie with her new companion Cloud. And Little Mac and Big Bertha had passed on.
He had been a wild dog when Little Mac had befriended him, had growled and threatened to attack even when given steak as an offering. But those were early days. Wildness was behind him. He no longer liked to roam alone, and when all his humans took away their company, he had no idea what to do. Sometimes he ate his food and sometimes merely stared into the bowl. He took to ignoring the intrusions of the neighbour's cat into their yard in pursuit of their songbirds. Even barking was no refuge. Suddenly he had no more interest in barking than in driving a car. He let the gulls gather on the boathouse roof and the deer in the garden without a single decibel of protest.
No longer subject to his animal instincts, and not knowing anything else, he became as if lost in a dream, quiet and watchful and not altogether convinced that what was going on was real.
He slept during the day more and more, acquiring patience willy-nilly. Night time became his favorite time. Then he could sleep by Noah's bed. And if Noah was not too tired and remembered, after Delilah tucked the boy in and departed the room, he would find himself in the boy's arms, swept up and onto the covers.
And then nothing else mattered.
6 March 2020
Texas Jim
Prospect, Nova Scotia
granitecoast.ca
Category:Animals
Subcategory:Birds
Subcategory Detail:
Keywords:close-up, flying, fog, gulls, line-up, one, perched, rooftop
Jim Lindsey